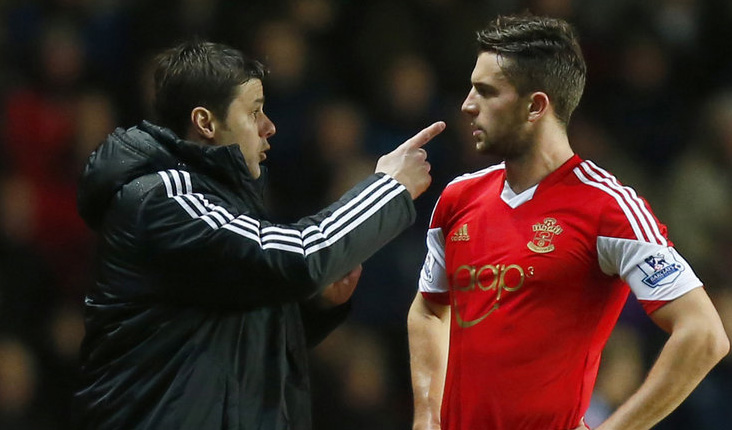 As Spurs return from their pre season tour of the USA, newly appointed manager Mauricio Pochettino will now have an idea what needs to be done before his first match of the Premier League season against West Ham. Pochettino has already added Welsh left back Ben Davies to his squad along with fellow Swansea player, Michel Vorm. Deals for Southampton players Morgan Schneiderlin and Jay Rodriguez appear to have fallen through although the transfers are still possible with the two looking to leave Southampton, as made clear by Schneiderlin last night.

When news first came out that Spurs were signing the 21 year old, I instantly saw the resemblance between him and Luke Shaw, a player that Pochettino would have loved to bring with him to Spurs. The signing, for me, is a good one. He’s brought in a player that is consistent, hard working and can be relied upon just to get on with the game – traits that allow him to constantly improve as a player.

Davies is likely to replace Danny Rose as first choice left back which will also signal the inevitable departure of Benoit Assou-Ekotto, a player that never really added anything special to Spurs.

Vorm’s signing was, personally, very surprising. Not because he isn’t good enough, but for the opposite reason in fact. He’s too good to be a rotation player! I’ve long admired the 30 year old during his time at Swansea and with Hugo Lloris signing a 5 year contract; it seems very unlikely that he will start many games.

The reason I think Pochettino has chosen to sign Vorm comes down to his style of play. With Brad Freidel now 42, the American has adopted a very different style of play to Hugo Lloris who uses his pace to his advantage. Vorm is also known for his speed coming off his line, this relation to Lloris will mean that if one is injured, the team can play the same way and won’t have to adapt to the new keepers strengths or weaknesses.

Spurs’ interest in these two individuals suggests that there will be more players leaving by the end of the transfer window. Centre midfield is an area that Spurs certainly aren’t struggling in depth. Sandro and Dembele come to mind as players that may not be there for next season.

Spurs were linked with the right back near the beginning of the transfer window. After two very inactive seasons at Manchester City, Richards will want to get back into the game and improve his status as a footballer. I wouldn’t class him as the most gifted right backs in the world but his arrival, or the arrival of someone of a similar calibre, would allow Kyle Naughton to leave and create some real competition for Kyle Walker who has eased in to the Spurs starting 11 over the last few years without doing anything particularly special.

As last season came to a close there was lots of uncertainty over which defenders would stay at Tottenham. Dawson looked set for a move to Hull whilst Vertonghen had practically given up on football altogether. Chiriches still hasn’t convinced me due to his ‘David Luiz’ style of play and Kaboul’s constant injury problems don’t help. If these 4 committed their future to Spurs and Pochettino established a consistent pairing then maybe a new centre back wouldn’t be a priority, although, a world class player would certainly go down well at White Hart Lane!

Other than a few more players to sure up positions, I don’t think Spurs need to spend much more this summer. With the individual talent that’s already there e.g. Eriksen, Lamela and Lloris along with the hard working players that Pochettino admires such as Holtby, Davies, Townsend and Kane, this season has the potential to be a good one for Spurs. Let’s hope so anyway!

How do you think Spurs will do this year?

The big question for Tottenham fans is can they break into the holy grail of the top 4 this year. They certainly have the players to do it, and with Pochettino, who knows what they will do this year.

Do you think they can mount a serious challenge for the top 4? Where will they finish this year? Let us know your thoughts by commenting below or connecting with the 18 Yard Box on Facebook and Twitter.

This article was provided by Spurs fan Johnny from Sports Blog 21. If you would like to contribute to the blog, get in touch today.