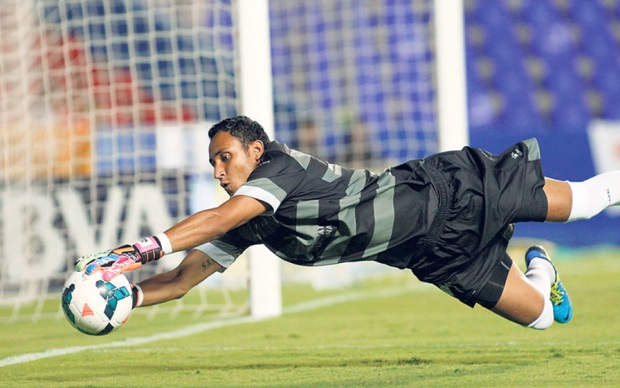 He has been a star in La Liga for recent years for Levante but not too many of us would have heard about Keylor Navas until his heroics with Costa Rica at the 2014 World Cup.  Costa Rica went into the competition as huge underdogs in a group that included former World Champions England, Italy and Uruguay. To the surprise of almost everyone watching, Costa Rica managed to top the group and progressed all the way to the quarter final where they were defeated by Holland on penalties.

The main reason for the great run of Costa Rica in Brazil was their stubborn defence, and at the heart of this was Navas.  In five games, two of which went to penalties, Navas conceded only two goals, one of which was a penalty.  While Manuel Neuer may have won the golden glove in Brazil, Navas’ performances between the sticks for the Costa Ricans caught the eye of the world, and none more so than Carlo Ancelotti at Real Madrid.  The Bernabeu seems to be the next port of call for Navas as he is set to join Europe’s elite footballers and become the new number one at Los Galácticos.  But just what makes Navas so good?

They do say that ability is only half the battle.  Dedication and hard work goes a long way in the professional game and players like David Beckham, Cristiano Ronaldo and Gareth Bale have all been rumoured to have put in hours and hours both on the pitch and in the gym while their team mates have long gone home.  This dedication seperates the good players from the best players, and when it comes to goalkeeper training, Keylor Navas has certainly raised the bar.  Just take a look at the video below to watch some of the crazy drills this guy does to ensure he is at peak condition when it comes to game time.

Not content with doing an intense drill to keep out footballs, Keylor Navas took to the pitch with Spanish Professional tennis player Pablo Andújar to save tennis ball shots.  While some of these shots found the net, the performance of Navas to save the majority of of the shots highlights just how good this guy is.  The pace of the shot and size of the tennis balls would make it a daunting task for most, but Navas shows he is more than up to the challenge.  Check out the video below, courtesy of Levante TV.