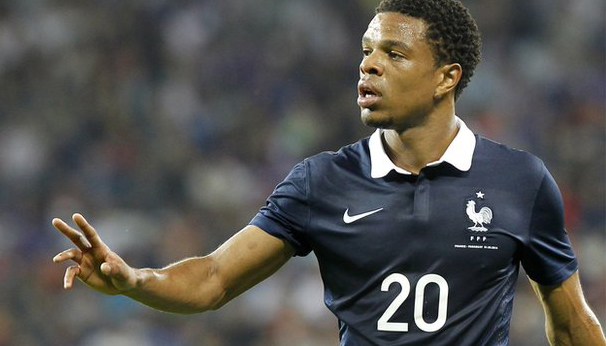 He looked set to become Liverpool’s fifth summer signing with Brendan Rodgers ready to shell out a bargain £8.5 million for QPR’s Loic Rmey, but following complications with his medical in America, it would appear that the move is now off.  This is likely to be a big blow to Rodgers and his team at Liverpool as they try to find a quality replacement for Luis Suarez.  With the Remy deal now seemingly dead and buried, the big question for Liverpool fans is who will Rodgers go for next.

What attacking options are available for Liverpool now 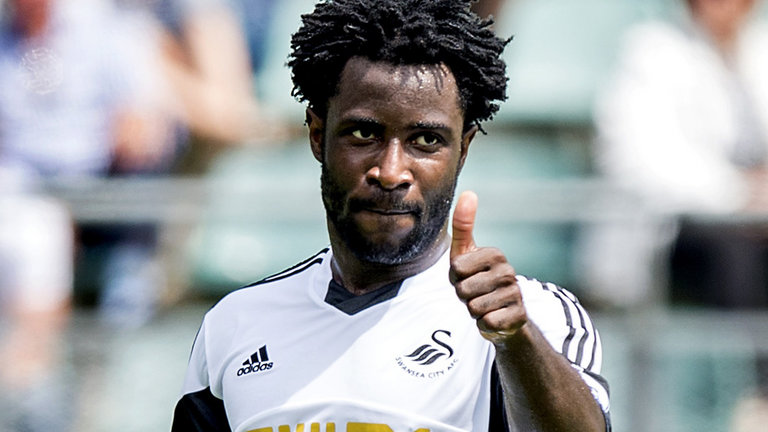 Liverpool were seen as big favourites to sign the Swansea striker before deciding to turn their attention to Loic Remy, with the fee Swansea were looking, thought to be a big reason for the change in attacking interest from Rodgers.  Any deal for Bony is likely to cost Liverpool in the region of £20 million and may have an impact on other transfer signings.  There is no doubt that Bony has what it takes to make it with a top Premier League club.  He scored 25 goals in his debut season for Swansea, including 16 in the league.  While he can play off the striker, Bony is best playing through the middle which would probably mean Daniel Sturridge having to adapt his role in the team.  I have a feeling Rodgers will want to look at more versatile options in attack before deciding to depart with such a large fee for Bony. 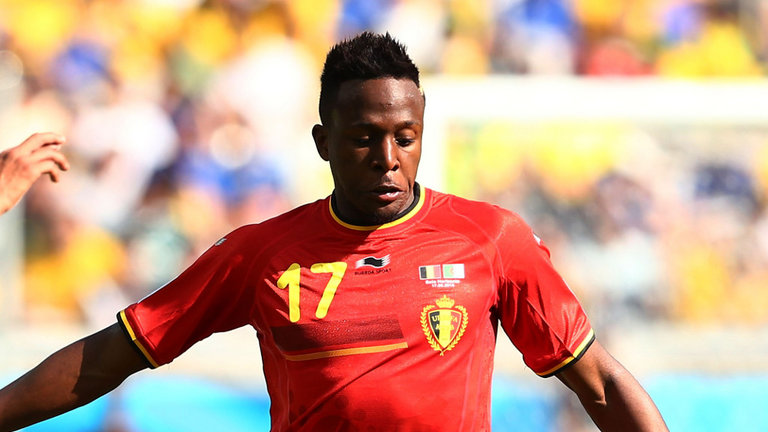 The signing of Divock Origi looks like it is only a matter of days away but the big question now for Rodgers is does he take the young Belgian striker immediately rather than loan him back to Lille, as was thought to be the original plans.  Any such move may have implications on the fee that Lille would demand but at 19, I’m not sure Origi has what it takes to come straight in and challenge Sturridge and Lambert for a starting spot.  I can see the Origi deal still happening and I think Brendan Rodgers will know that a full season of football will be better for the kids development.  I expect Rodgers to sign Origi but proceed with plans of loaning him out and looking at other options. 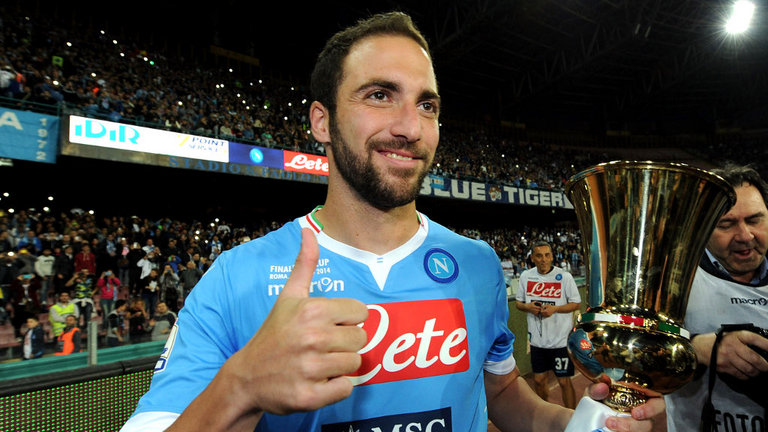 Currently playing in Italy with Rafa Benetiz and Napoli, Gonzalo Higuain would be a fantastic signing for Brendan Rodgers and would be that marquee signing that many fans are after.  There has been rumoured interest from Barcelona but I can’t imagine Higuain moving to the Nou Camp to play second fiddle to Messi, Neymar and Suarez.  The prospect of Champions League football and a chance to test himself in the Premier League could be appealing to Higuain.  He also fits the mould of what I would call a typical Brendan Rodgers player as he can play in more than one position and is full of energy.  The odds of Higuain moving to Anfield are currently 4/1 and I think this is a good reflection on the prospect of this deal.  Any fee here is likely to be a stumbling block, as Napoli would expect to recoup the €40 million they paid Real Madrid for the striker last summer. 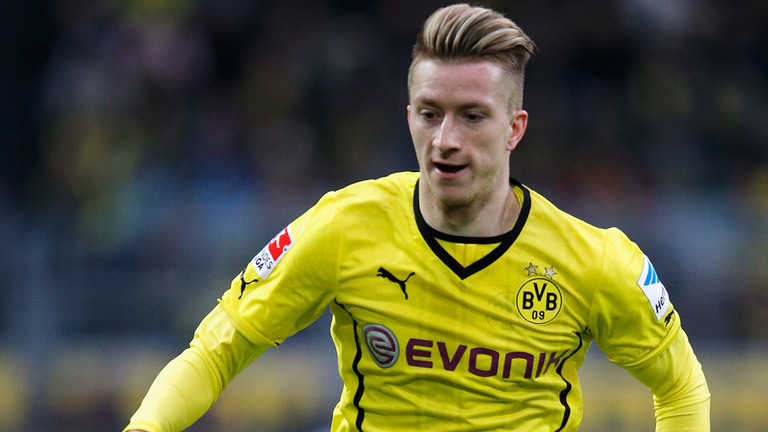 Liverpool have been heavily linked with Dortmund’s talented winger Marco Reus in recent weeks.  While Reus wouldn’t be someone Rodgers will be looking to play up front, his skill and ability with the ball would make him another exciting talent for the team and another player who can play anwhere in the 3 players that Rodgers likes to play off the striker.  Like Higuain, Reus would also be a real signal of intent from Liverpool as they aim to move on with life after Luis Suarez.  Bayern Munich are thought to also be interested in Reus and Dortmund wouldn’t want to lose another start player to the big rivals, having lost Gotze and Lewandowski in the last 12 months. 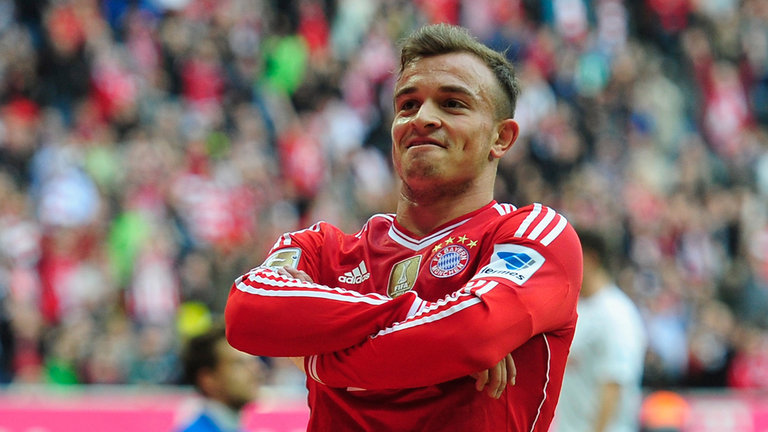 As with Reus, Shaqiri wouldn’t be a signing to play up top, but more a player who would be used in the 3 players that play off the main striker.  Shaqiri made a big impression at the recent World Cup and his preferred position is coming in from the right wing to get on the ball on his quality left peg.  Shaqiri is likely to find game time at current club Bayern Munich limited for the coming season and would be a great signing for Rodgers and co, especially with Lallana likely to miss the first few weeks of the season with injury.

The best of the rest

Other attacking options linked with Liverpool in recent weeks include Edison Cavani, Karim Benzema, Angel Di Maria, Isco, Radamel Falcao and Pedro.  Any of these players would prove great business for Liverpool but are likely to depend on how keen their existing clubs are on selling, as well as competition from other top clubs in Europe.  Wages are also likely to have any impact on who Rodgers goes for as Liverpool are unlikely to be able to compete with the really top sides when it comes to offering big wages for some of the best players.

Rodgers may decide to focus on midfield and defensive options and look at keeping Fabio Borini to ensure he has 3 strikers to choose from.  Young players like Jordan Ibe and Kristoffer Peterson are showing their worth in pre season friendlies, and with Rodgers record of giving young players a chance to shine, there may be an opportunity for one of these young players to make the breakthrough this year.

Who do you think Rodgers should go for?

It’s clear that Brendan Rodgers has a couple of big decisions to make as Liverpool look to replace Luis Suarez and create a squad that is capable of competing both in the Premier League and Champions League.  With the Suarez money burning a considerable hole in his pocket, he needs to spend this money wisely and not do anything rash.  Liverpool fans have seen this before with strikers like Diouf and Carroll.

Let me know who you think Liverpool should go for now that the Remy deal has collapsed.  Share your thoughts by commenting below or connecting on Facebook and Twitter.

Images courtesy of BBC.com and SkySports.com